They Laughed At Him When He Said He’s Going To Be
A Fingerboard Pro… But When He Got Sponsored By…. 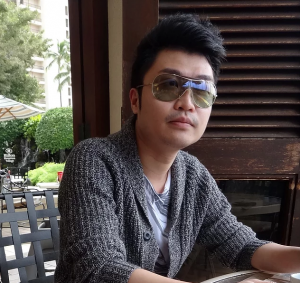 Clark Lin, founder of KARATFingerboarding.com has come a long way from his humble beginnings.

Growing up in a traditional Asian family, he was told by his dentist father to get good grades, go to good school, and get a good job…etc. You know the drill…

Guess what? Clark did the exact opposite of what he was told to do. He loved Arts!

His Father Gave Up On Him

With almost straight Fs (besides Art) on his report cards in Taiwan.

His father finally gave up on him, and decided to send him to the UK to study Art at a very young age.

And that’s when and where he was exposed to Fingerboard in 1996.

Started Fingerboarding with a Plastic Skateboard Shaped Key Ring, Slap on some Grips Ride & Fell in Love with the Sport Since.

When Clark returned back to Taiwan after graduating from his dream school (Eventually Clark graduated from the world’s #1 fashion design school, Central Saint Martins, University of the Arts London). He was told to go get a “stable good job”.

This time, he did as what he was told to do, because he had to make a living for himself now.

He made good money from the job. However, his subconscious keeps reminding him what happened when he followed his passion. He loved Art, he pursued it, he got into the best school in the world.

He Quits His High Paying Job…

Despite he had to make a living for himself, Clark saved up enough money and decided to quit his job, and started KARAT Fingerboarding.

Combing two of his passion, Art and Fingerboarding. He designed all of his own unique fingerboards, hand crafted with the best material, provide GREAT customer service.

KARAT Fingerboarding is a HIT!

#1 – Hold the Main Rendezvous Events and Run the National Competitions.

#2 – Appeared on multiple TV shows and commercial, including Japanese 2nd largest convenience store, Family Mart, Taiwan branch, asked him to be on the commercial.

#3 – Created a movement in Taiwan, and have the world’s most viewed (5 Million+ views) fingerboard video on the planet, featured by him and his professional team riders.

Now Clark Is Living His Dream.

Making a living from his passion, and being able to spend his time with his beautiful wife and cutest daughter everyday. Dreams do come true!

“Skateboarding is still recognized as a Sub-culture in many countries, let alone Fingerboarding.

We Feel the Need to Spread the Love and Share More than a Decade of Fingerboarding & Props/ Decks Making Experience to people around,

Hoping More and More People can Enjoy the Sport that we Love the Most.”